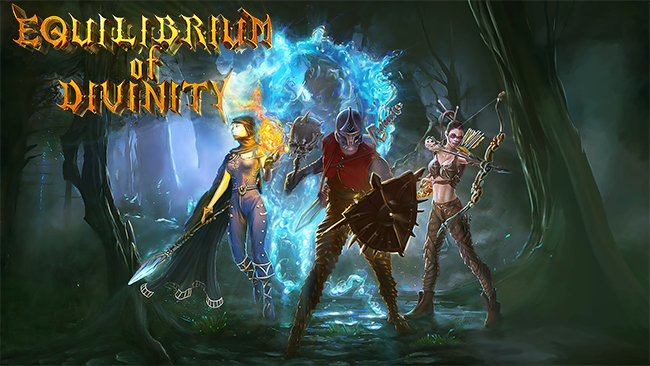 Equilibrium Of Divinity is a dungeon crawler with a classless progression system and modern rogue-like elements set in a dark fantasy world. Fight your way through many randomly generated dungeons to restore balance to the divine forces.

The ever changing threats in the game force you, to re-evaluate your tactics to ensure the survival of your party, the further you progress into the game. The system gives you the freedom to choose any approach that might work and there is no single solution to one specific problem.
At the heart of the game lies the combat; melee, ranged or magic centric, the choice is yours to make. Be wary though, as the same tactic will not work for all the enemies.

While the base mechanics of the game are easy to pick up, the depth of the magic, crafting and combat systems will challenge even seasoned veterans of the genre. It’s clearly a case of “Easy to learn, hard to master”.